Dr. Hepburn is the inaugural Director of the Military Health Institute and Clinical Professor in the Dept. of Family and Community Medicine. He is a Distinguished Graduate of the US Air Force Academy, a graduate of the Uniformed Services University and a Fellow of the American Academy of Family Physicians. He is a retired Air Force Major General with 38 years of service as a pilot, clinician, and medical leader. 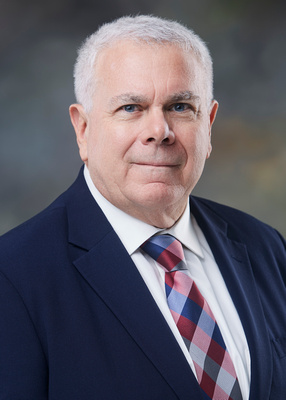 Dr. Robert Christy received his Bachelor of Science degree from the University of California, Davis, and his Doctorate from The Johns Hopkins University.  Prior to joining the Military Health Institute as its Deputy Director, Dr. Christy was the Chief of the Combat Wound Research (CWR) Department at the US Army Institute of Surgical Research. Dr Donald Jenkins is a Professor of Surgery and Vice Chair for Quality. He earned a BS in Biochemistry from the University of Scranton and MD at the Uniformed Services University. He performed his surgical residency at Wilford Hall USAF hospital in San Antonio TX, trauma fellowship, at the University of Pennsylvania in Philadelphia PA, and retired after nearly 25 years of active-duty service from the USAF in 2008. In 2014, Dr. Jenkins was presented with The American Legion Distinguished Service Medal at the 96th annual convention.

Dr. Peterson is a board-certified clinical health psychologist, Professor, and Chief of the Division of Behavioral Medicine in the Department of Psychiatry and the School of Medicine. In addition to his role at the Military Health Institute, he serves as the Deputy Department of Psychiatry Chair for Military Collaborations, the Director of the STRONG STAR Consortium, and the Director of the Consortium to Alleviate PTSD. Some of his publications can be found here. Micah C. Wright is a Marine Corps Veteran and served with the 3rd Battalion 1st Marines in Iraq. On January 19, 2006, Micah received the Purple Heart. After leaving the Marine Corps, he received his MA in Rhetoric and Composition from Texas State University and a Ph.D. from UT San Antonio. Micah has created veteran success programs at different universities. Ms. Bownds holds a BA in Economics and an MBA in Finance from St. Mary’s University in San Antonio. She has been with the Military Health Institute since its inception in 2014. Prior to that, her professional background included a lengthy career serving the military/veteran community at USAA.